Do You Dream of Record Setting Auctions? 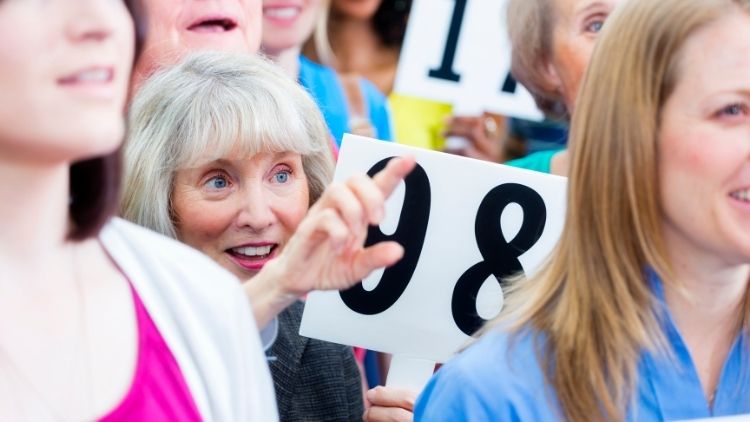 Most sellers and buyers know when they find something amazing at an auction. Auction goers and collectors become seasoned buyers and sellers. Often, they know the rarity and value of certain items, but not always. Valuable and rare auction items have been know to sell in the upper millions. The auction world reveals some amazing discoveries and ambitious buyers willing to search diligently for a piece of history.

For example, a Tyrannosaurus Rex skeleton that lived some 67 million years ago was sold at auction for $31.8 million. This is a world record for dinosaur fossils. This is a heftier price than the famous “Sue” sold for the Field Museum in Chicago.

Perhaps one of the most amazing auction items. Manga fans bought an acrylic artwork at Sotheby’s from Knights of the Zodiac: Saint Seiya for $48,387.

In addition, one of the most amazing finds at Sotheby’s, was a bottle of Gautier which is cognac dated from 1762 that sold for $154,000.

Collectible Video Games—Any 1980’s kid would smile at the original Nintendo Mario Brothers game in mint condition being sold at Heritage Auctions for $100,150.

World’s Most Expensive Whiskey – Part of the Macallan’s Fine and Rare series, 1926 Macallan 60-year-old whiskey sold at Christie’s for $1.86 million which is about $90,000 per shot.

That Must Be One Expensive Racing Pigeon — Armando has lots of skill for a racing pigeon and sold for $1.4 million at an online auction.

Some record setting auctions offer interesting and unique things, and the proceeds of the auction go to charities and not-for-profit organizations.

Lunch with Warren Buffet himself has helped raise $34 million for the Glide Foundation based in San Francisco. Its mission is to help the poor, homeless, and people fighting substance abuse.

Another example comes from Pink Floyd guitarist and songwriter, David Gilmour. He provided 126 of his guitars to sell by auction at Christie’s. The auction raised money for ClientEarth to help combat climate change and make the environment better.

In the auction world, diamonds really are a girl’s, and even a boy’s, best friend. Marie Antoinette’s had 10 precious pieces. They sold Antoinette’s collection for 35.4 million Swiss Francs which is almost $30 million in the United States.

Record setting auctions are fun to be amazed about. But finding a long-searched-for piece to add to your collection probably gives collectible loves a bigger thrill than setting a record. In fact, much of the fun of collecting is the search and discovery. Every collector has a story, or more, about finding that one piece after years of looking.

People all the time are discovering treasures. Some are additions to collections. Others are interesting items that just appeal to an auction-goer. Sometimes new collections are started with one item picked up at one of our auctions. You just never know when you will stumble across the one thing that speaks to you. Then you will have a story about finding that wonderful, amazing gem of a find.

In addition to real estate auctions, LAWSON & CO holds personal property auctions on a regular basis. Buyers get to peruse the offerings before the auction begins so you will have plenty of time to look over everything and make choices about what you will bid on and how much the item is worth to you.

LAWSON & CO hosts auctions at their gallery in Danville or onsite, like for an estate auction. Sellers don’t have to think about anything more than opening their closets and cupboards. LAWSON & CO provides everything from signs and equipment to the structure and organization of a smoothly run auction. It might not be a record setting auction but it is always a win for both the buyer and the seller! If you are interested in selling items at auction, give us a call at 317-745-6404.